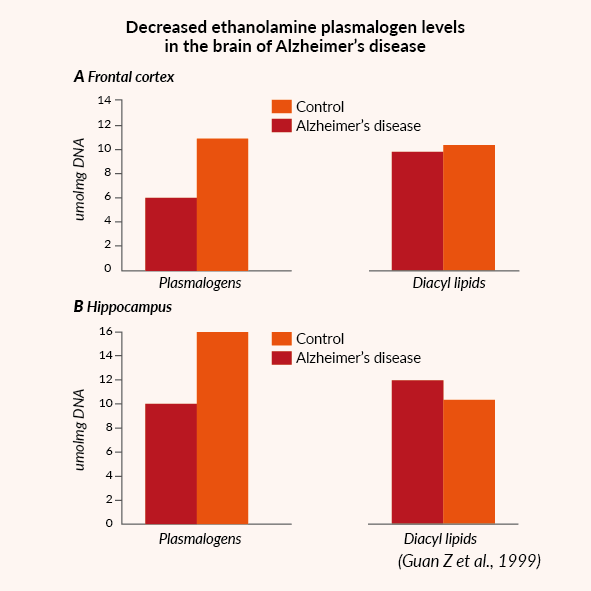 Paper published in 1999 found evidences linking decreased plasmalogen levels in brains with occurrences of Alzheimer’s disease. Levels of plasmalogen have been reported to be significantly reduced in the frontal cortex and hippocampus of the brain in affected patients (Guan Z et al., 1999). 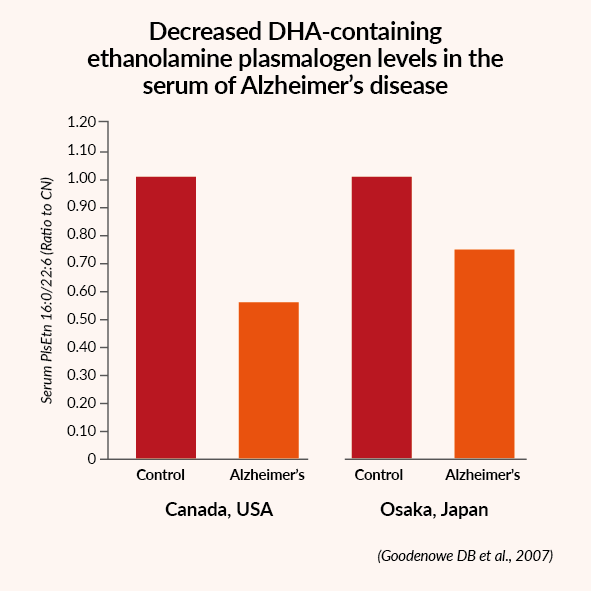 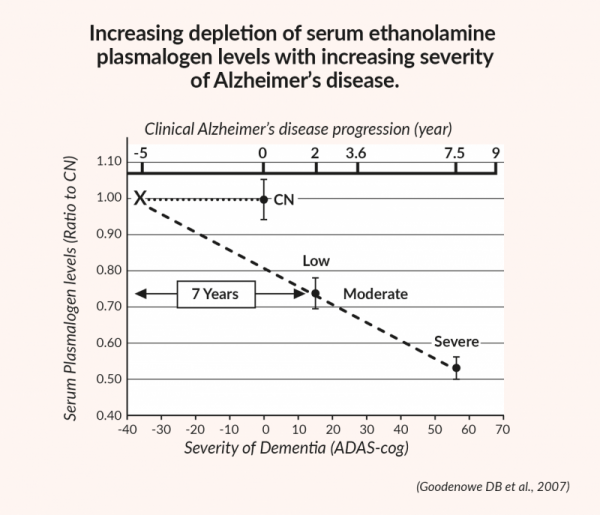 High serum plasmalogen levels are shown to be protective against APOE risk factor for Alzheimer’s disease: 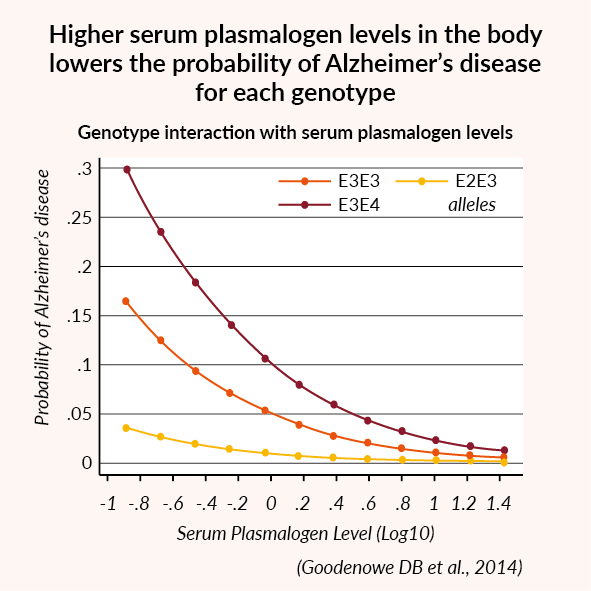 Measurement of blood plasmalogen levels as a biomarker for Alzheimer’s disease: 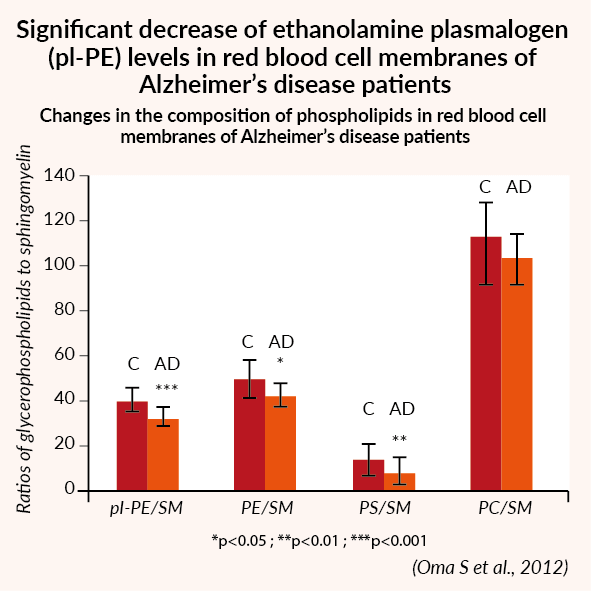 The development of a test method by the research team in Japan aims to measure the levels of plasmalogen in the blood, they observed decreased levels of plasmalogens in the erythrocytes of Alzheimer’s disease patients. In this test, relative composition of phospholipid classes was determined from each chromatographic area and the ratios of glycerophospholipids to sphingomyelin (SM) were calculated (Oma S et al., 2012).

Read more for this part:

Previous studies found evidences of reduced plasmalogens in the brain of patients with Alzheimer’s disease (Ginsberg L et al., 1995; Guan Z et al., 1999). Epidemiological study also showed that plasmalogen was significantly lower in the serum of Alzheimer’s disease brain (Goodenowe DB et al., 2007). Conventionally, MMSE score is used in assessing the level of cognitive impairment in a patient with dementia of Alzheimer’s type. However, the drawback of this method as a form of assessment include the inspection of a person’s answers, the educational level of the individual and objective discretion of the clinician. To further enhance the sensitivity of the diagnosis, the research team from Japan chaired by Takehiko Fujino, Emeritus Professor of Kyushu University had developed a simple and accurate method of evaluating the risk of dementia by measuring blood plasmalogen levels. In this clinical research, alongside the assessment of cognitive functions using MMSE tests; clinicians also assessed the plasmalogens in red blood cells were measured using high performance liquid chromatography (HPLC) and the ratio of each phospholipid to sphingomyelin (SM) was derived.

Reduction in the ratio of ethanolamine plasmalogen (pl-PE), phosphatidylethanolamine (PE) and phosphatidylserine (PS) to SM was observed. It has been suggested that the reduction in pl-PE is caused by oxidative stress of amyloid β. This suggests viability of using the measurement of plasmalogens in red blood cells as a new biomarker for Alzheimer’s disease, complementing the result of conventional MMSE method in improving the accuracy of test results. 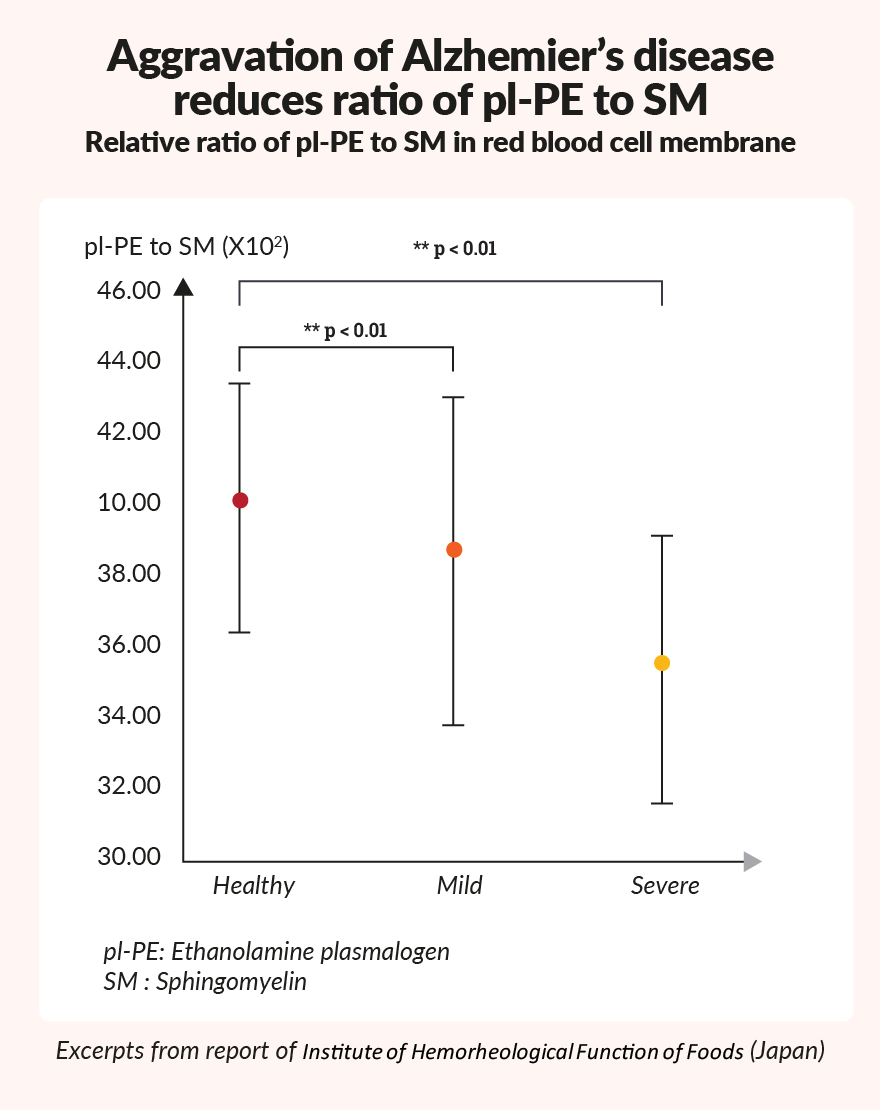 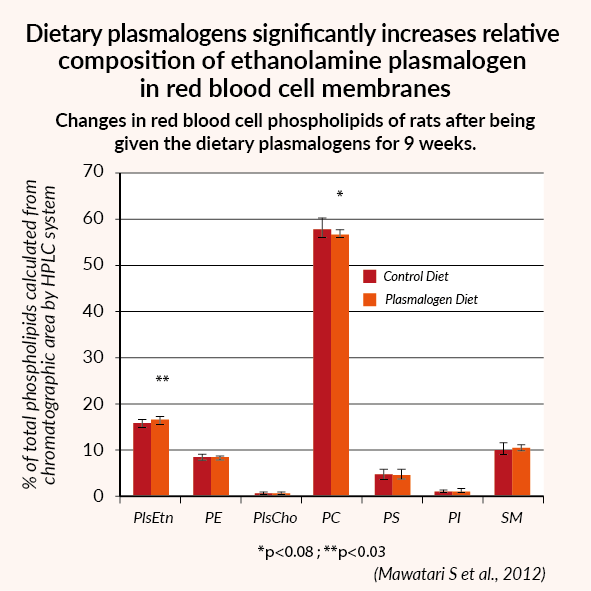 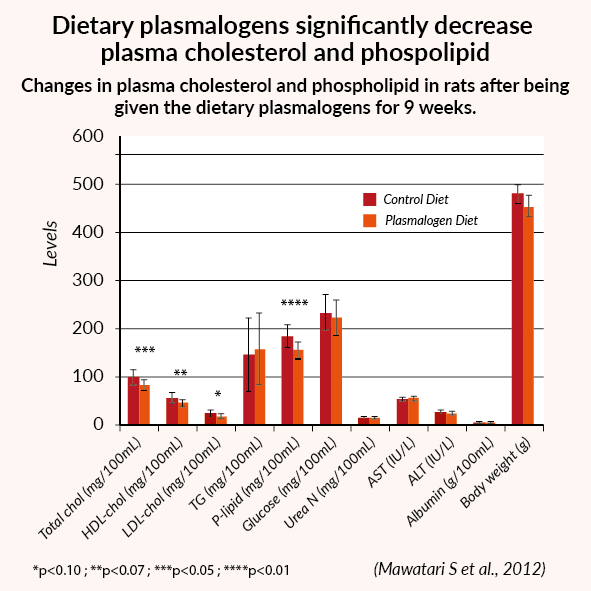