* Based on clinical studies, best results are achieved with 1 capsule (0.5mg), 2 times a day. Combining 2 capsules (1 mg) in one serving is not recommended.

In a clinical trial, patients (aged 60 – 85 years) with mild Alzheimer’s disease (AD) were orally administered 0.5mg Scallop-derived PLASMALOGEN or placebo twice a day for 24 weeks and their cognitive functions were assessed. Oral administration of Scallop-derived PLASMALOGEN significantly improved memory function of the mild AD patients, in which significant memory improvement was also seen in a subgroup of female subjects and those who were younger than 77 years old. No clinically relevant adverse events were observed and thus, it is safe for consumption. 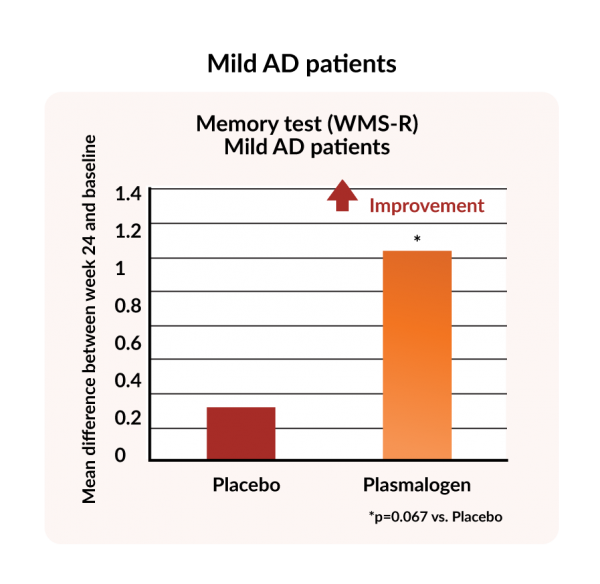 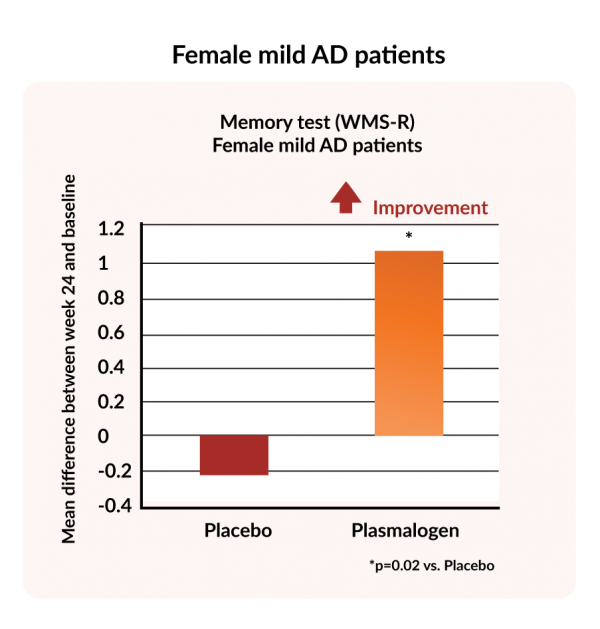 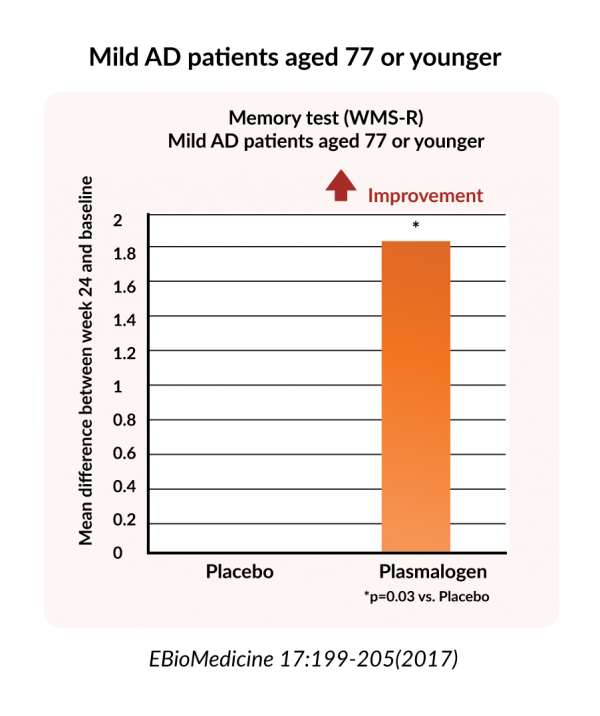 According to another clinical trial, patients with mild and moderate Alzheimer’s who were given 0.5mg plasmalogen twice a day for 6 months observed the most significant improvement in cognitive function (as assessed by MMSE scores), compared to those on a higher dosage. A higher MMSE score indicates better cognitive function.

Taking 0.5mg Scallop-derived PLASMALOGEN twice a day resulted in the most remarkable improvement in cognitive function

of patients with mild and moderate Alzheimer’s 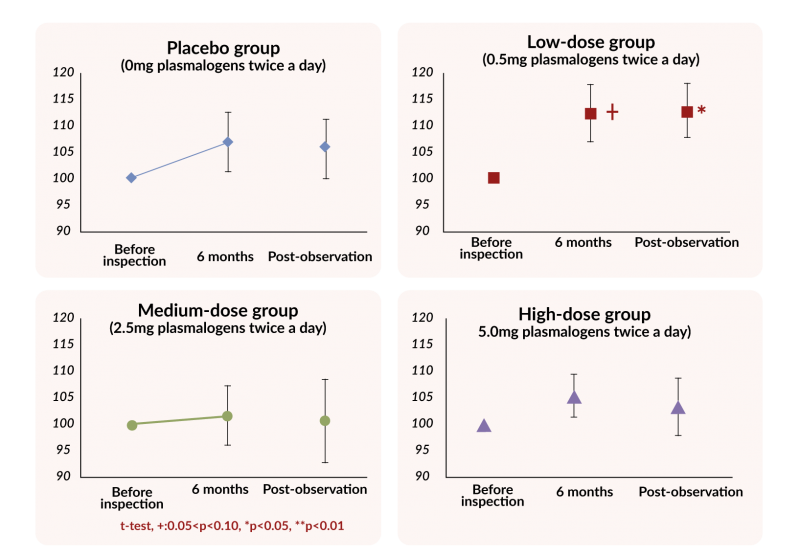 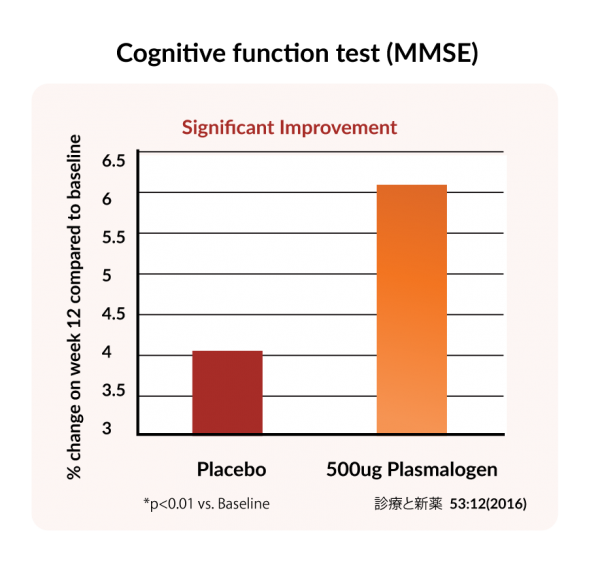 In addition to clinical trials, feedback from customers also revealed that effects from taking 2 capsules (1mg plasmalogen) in one go was not as good as 1 capsule (0.5mg plasmalogen) twice daily.