Risk and Causes of Alzheimer’s Disease

Factors that Contribute to the Risk of Alzheimer’s Disease

Below are some of the factors identified that may contribute to Alzheimer’s disease:

Age is the greatest risk factor for the development of Alzheimer’s disease.

Women have a higher risk of developing Alzheimer’s

Two categories of genes are responsible for the increase of risk in developing the disease – Risk genes and Deterministic genes.

Recent studies in Japan found that one of the root cause of dementia is “Stress-induced Brain Fatigue”. Excessive stress coupled with an unhealthy lifestyle and diets, environment contaminant and a lack of sleep produce free radicals causing the nerve cells to oxidize and the brain falls into a state of fatigue which may lead to symptoms of dementia over a prolonged period. 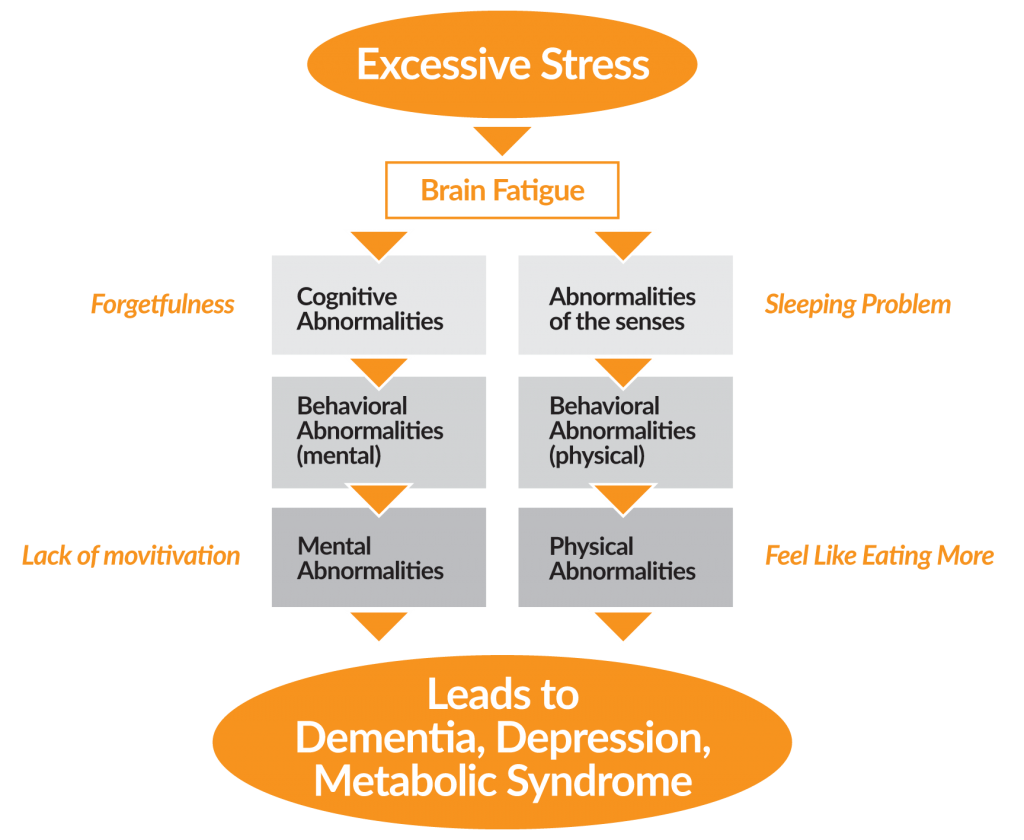 There is growing evidences that heart health is connected to brain health. Our brain depends on sufficient supply of oxygen and nutrients supplied through a dense network of blood vessels for normal functioning. Every heartbeat pumps about 20% to 25% of our blood to the head, where brain cells utilise at least 20% of the food and oxygen in the blood. The risk of developing Alzheimer’s disease appears to be increased by many conditions that damage the heart or the blood vessels such as high blood pressure, heart disease, stroke, diabetes and high cholesterol.

Extracellular amyloid β accumulation is one of the hallmarks of Alzheimer’s disease. They are fragments of protein cleaved proteolytically from the amyloid precursor protein (APP). Current research indicates that amyloid β may act as both a physiological regulator and toxin responsible for Alzheimer’s disease.

Amyloid plaques are found in the spaces between the brain’s nerve cells. They were first described by Dr. Alois Alzheimer in 1906.

Plaques and tangles spread over the cortex during the progression of Alzheimer’s disease.

Plaques (caused by accumulation of amyloid β proteins) and tau protein tangles are the primary abnormal structures that damage and kill neurons.