Alzheimer’s disease (AD) is an irreversible and progressive brain disorder that gradually deteriorates memory, thinking skills and eventually, the ability to carry out the simplest and routine tasks. This disease generally progresses slowly in three stages –  mild, moderate and severe. The symptoms develop slowly and worsen over time, and becoming so serious that they interfere with the daily life. At present, there is no cure for AD. In other words, once a person starts to show signs of the disease such as memory loss, impaired learning, judgement, communication and inability to cope with daily life, there are no medications that can stop or reverse them.

Recently, it has become clear that plasmalogens are closely related to AD. Research has shown that AD patients have decreased plasmalogen levels in their brain tissue and blood. Another study reported that those with serum plasmalogen levels less than 75% of the level of controls reliably progress into cognitive decline. Hence, restoring plasmalogen levels may be an important approach to improve cognitive function in AD patients and potentially prevent the onset of the disease. In Japan, two clinical trials have been conducted on mild, moderate-to-severe AD patients to evaluate the efficacy of plasmalogen restoration on this devastating disease.

In this clinical trial, patients (aged 60 – 85 years) with mild AD were orally administered with either 1,000 µg (500 µg twice a day)* Scallop-derived PLASMALOGEN or placebo daily for 24 weeks and their cognitive function was assessed.

Oral administration of Scallop-derived PLASMALOGEN significantly improved memory function of the mild AD patients in which significant memory improvement was also seen in a subgroup of female subjects and those who were younger than 77 years old. No clinically relevant adverse events were observed and thus, it is safe for consumption. 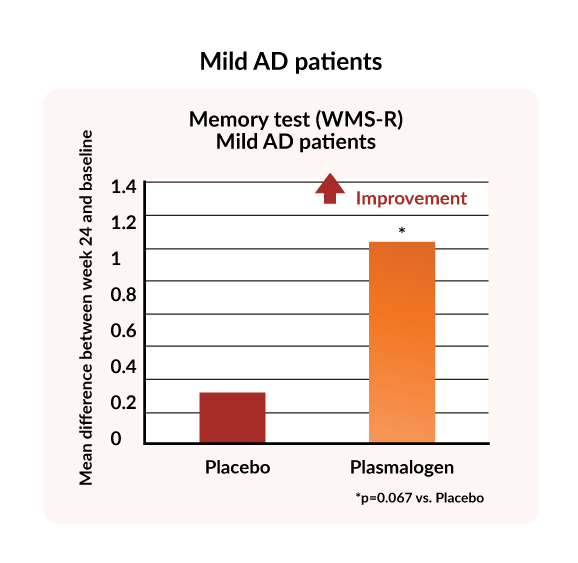 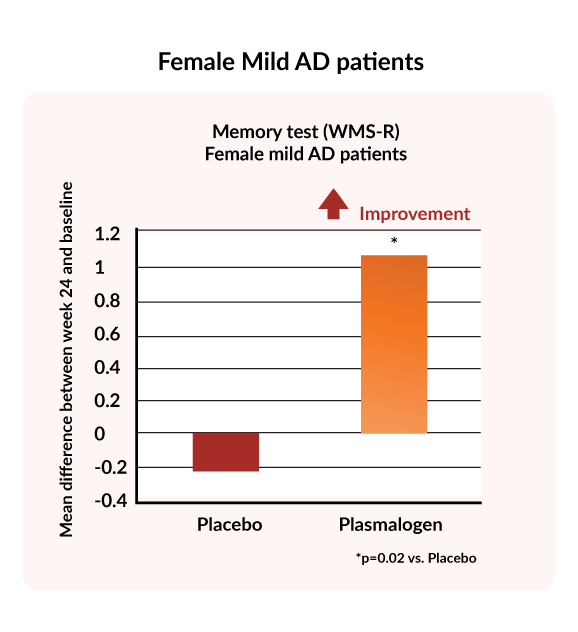 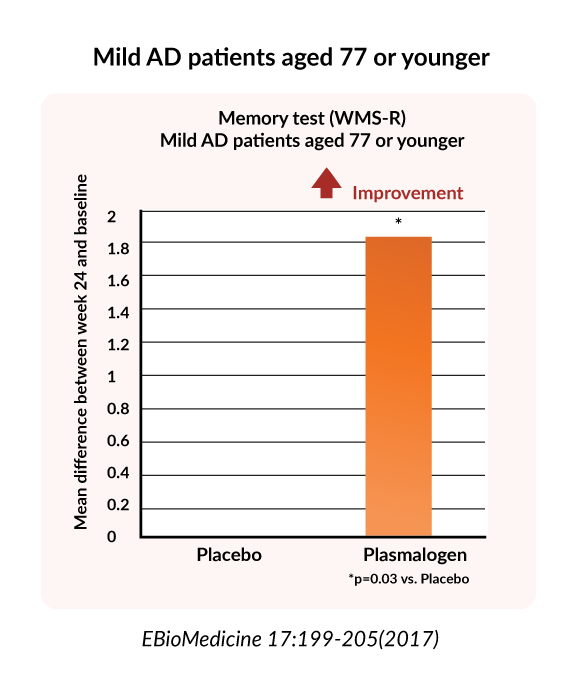 In this clinical trial, moderate-to-severe Alzheimer’s patients (aged 60 to 85 years) who had < 20 points of the Mini-Mental State Examination (MMSE) score were orally administered either with 500 µg or 1000 µg Scallop-derived PLASMALOGEN daily for 12 weeks. Their cognitive function was assessed using MMSE score and their blood concentration of plasmalogen was determined. Oral administration of both 500 µg and 1000 µg plasmalogen resulted in a significant improvement in the MMSE score, compared to baseline. Additionally, plasmalogen levels in red blood cells and blood plasma, which were prominently lower than those of the healthy subjects at baseline, also increased significantly after plasmalogen administration. The changes of plasmalogen in red blood cells showed a modest degree of correlation with the changes of MMSE score. In brief, these results suggest thar oral administration of Scallop-derived PLASMALOGEN improves cognitive function of patients with moderate-to-severe AD, and the measurement of blood plasmalogen is valuable to assess the severity and treatment progress in AD patients. 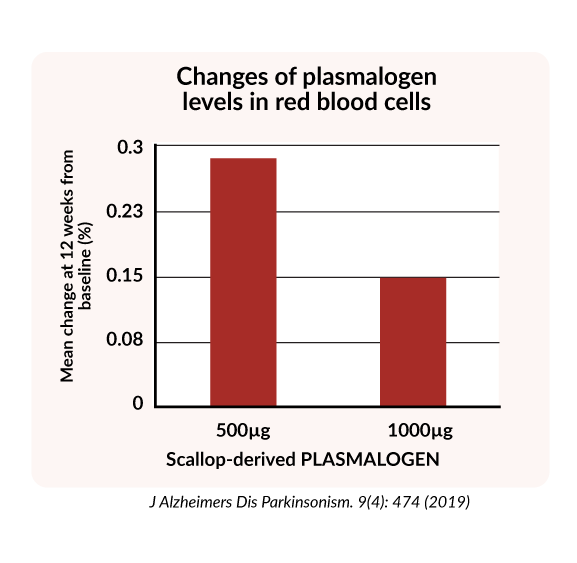 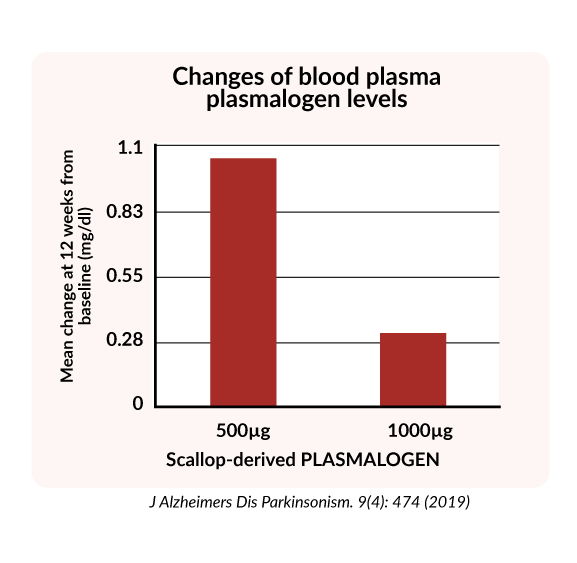