A New Hope for Alzheimer’s and Dementia

Alzheimer’s is a deadly brain disease with no cure to date. Current drugs can only help to delay or prevent symptoms from worsening temporarily and grant patients the ability to maintain their day-to-day function a bit longer. Unfortunately, these drugs do not work for everyone. They also cannot cure the disease or stop its progression. As more cells die, Alzheimer’s disease continues to progress, resulting in eventual death of patients from complications arising from Alzheimer’s.

Nonetheless, the breakthrough discovery of Scallop-derived PLASMALOGEN brings a new hope to Alzheimer’s and dementia patients

The New Hope for Alzheimer’s Patients 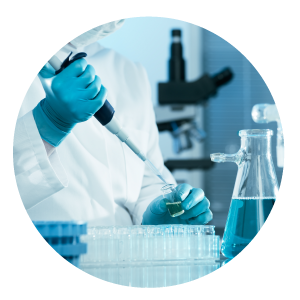 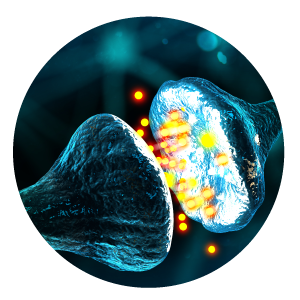 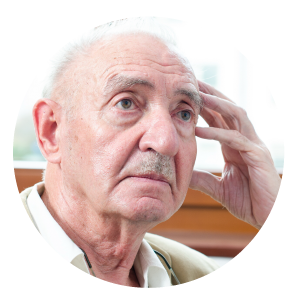 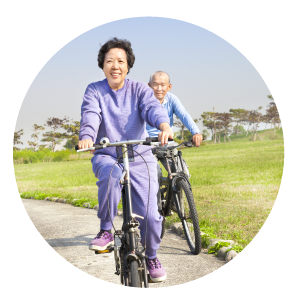 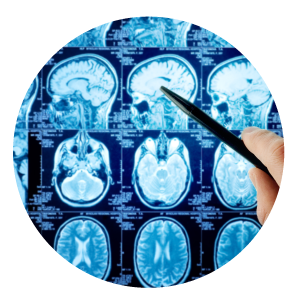 Plasmalogens are a type of phospholipid with a combination of fatty acids (such as DHA, EPA, etc) in their structure. These phospholipids are a key component of nerve cell membrane and are found abundantly in the brain tissue. Plasmalogen levels increase during foetal stage and reach their peak around the 30s; thereafter they begin to decrease, especially in elderly persons. Research have indicated that this decline affects brain performance especially in plasmologen-deficient seniors.

It was first discovered in 1995 that a decreased level of plasmalogen in the brain is associated with Alzheimer’s disease. Levels of plasmalogen have been reported to be significantly reduced in the frontal lobe and the hippocampus (the region responsible for consolidating information from short-term to long-term memory and spatial navigation) of the brain as well as in the serum. 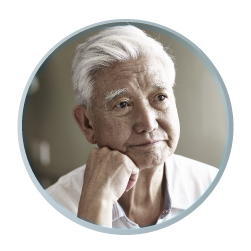 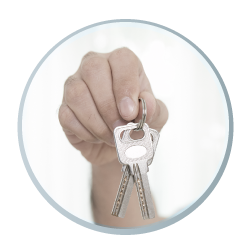 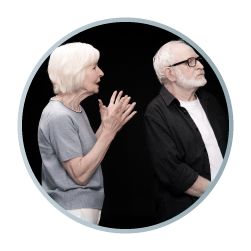 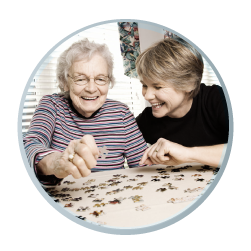 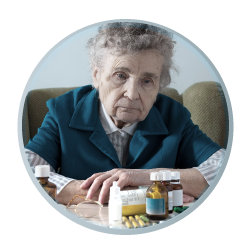 Loss of interest and passion 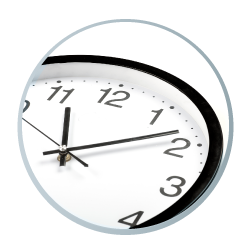 Confusion of time and place 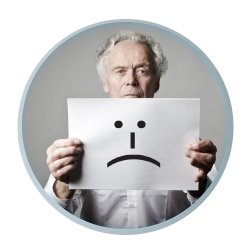 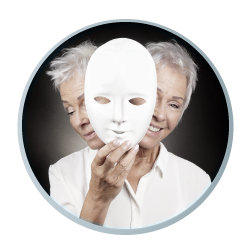 In addition to improved cognitive function, Mr Yip was also more emotionally stable than before and did not throw tantrum as easily as before. His wife also observed that his mind is clearer now and he seldom wakes up in the wee hours.

78-year-old cancer survivor, Tom Yip has been living with Alzheimer’s and Parkinson’s disease for almost 5 years. All this while, he was taking prescribed anti-dementia medications but did not show any improvement. Instead, he always felt extremely fatigued from the drugs, was unable to stand and has been wheelchair-bound since then.

With no hope of recovery, he then complemented his medications with Scallop-derived PLASMALOGEN in 2016. After only one month of the health supplement, he made astonishing progress that amazed everyone in his family. There was great improvement in his Clock Drawing Test (CDT) which clearly showed that his cognitive function had improved tremendously. CDT is widely used as a clinical screening tool for cognitive impairment and dementia.

In addition to improved cognitive function, Mr Yip was also more emotionally stable than before and did not throw tantrum as easily as before. His wife also observed that his mind is clearer now and he seldom wakes up in the wee hours.

With this glimpse of hope, Mr Yip continues to take PLASMALOGEN. His family members are very convinced by his continuous improvement. Since the side effect of fatigue from the drugs did not improve but instead got worse, they took a brave step to gradually reduce and eventually stop Mr Yip’s anti-dementia medications. To their surprise, the exhaustion he used to suffer subsided immediately after they reduced the dosage of the medication.

In 2018, Tom achieved the biggest milestone in his fight against dementia, he managed to stand up without assistance and is able walk a few steps on his own! Now, Tom has a clearer mind, better emotion and is more energised he had been in a long time.

Below is Tom’s improvement after 1 month’s consumption of Scallop-derived PLASMALOGEN:

“Our family can enjoy conversation with her again. This is the greatest gift ever given.”

Madam Seki (83 years old) was diagnosed with dementia. Initially, she did not have any facial expression and could not hold a conversation with anyone, including her old friends. However, just one week after taking Scallop-derived PLASMALOGEN, her family members were shocked to notice that her facial expression was back to normal, just like how she was before she suffered from dementia. Neighbours also observed that she looked younger and more cheerful.

“Our family can enjoy conversation with her again. This is the greatest gift ever given. I’d like to treasure this precious time with my mother, this is an unexpected gift” her daughter said.

“This is the happiest moment in my entire life.” Seki said. She is enjoying life at her own pace.

“After 3 months of Scallop-derived PLASMALOGEN, my uncle no longer requires medication for Parkinson’s disease”

Mr Lai (86 years old) was diagnosed with mild stage Parkinson’s disease. He needed a caregiver to feed him as he had difficulty controlling his shaky hands. He also experienced hallucinations and often ‘sees’ people entering and leaving his high-rise apartment through the window. He started Scallop-derived PLASMALOGEN in September 2016 with one in the morning and one in the evening. By December 2016, the hallucinations have disappeared and he is able to feed himself since then. He is delighted to resume some of his pastime like playing mahjong and occasional horse-betting. Mr Lai’s improvement was so good that in medical check-up in the same month, his doctor confirmed he no longer requires medication for Parkinson’s disease.

“Jack’s mind is clearer, his memory, temperament and sleep quality has improved too!”

“My 46-year-old husband, Jack, has had memory problem since his early 40s. He was always unfocused in his daily activity and many times could not even remember whether he had taken his meals. It had not been like this in his younger days. As he struggled with memory loss, he became very frustrated and depressed; it also affected his performance at work. Besides having to deal with his forgetfulness, Jack also suffered from severe insomnia as he could not calm his mind down in the nights.

I was very worried that his condition was deteriorating and felt very helpless. A friend introduced us to Scallop-derived PLASMALOGEN, hoping it would help Jack. After finishing one box with one capsule a day, his memory has improved, he is more aware of his surrounding and his mind is clearer too. Jack sleeps very well through the night now, he is not awakened when I move on my side of the bed, neither is he disturbed by the light from my mobile phone. Scallop-derived PLASMALOGEN is his “magic pills”, since he started taking them, Jack’s memory, temperament and sleep quality have gotten better indeed.”

“His brain seems to be in the process of “reconstructing or reconnecting the neurons”.” 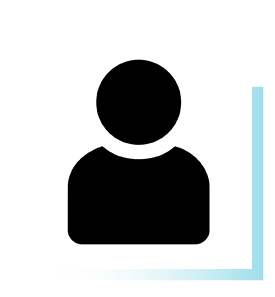 “My dad’s condition started to take a turn for the better, I deeply wish this is the direction he is heading.”

However, until two weeks ago, my dad’s condition started to take a turn for the better, I deeply wish this is the direction he is heading. He used to be silent the whole day and even for weeks, he is now starting to talk more even though not every word he mouthed was clear. He also looks for the bathroom to urinate and refuses to pee into the urinal my sister prepares for him in a rush or for the night. My dad even asks to take a walk instead of being pushed around on a wheelchair.

One key improvement which we are happy to observe is his brain seems to be in the process of “reconstructing or reconnecting the neurons”. It is very hard to explain, we see him “re-learning” his life and at the same time also “reconnecting” to his old memories. It is still in the early stage of stabilising and we don’t know how far he can improve from today? We don’t have lots of expectations and only wish him to have a good and peaceful life. We are very happy with his progress to date and hope my father’s story today and the ongoing future can help and encourage those suffering from this disease and their family members.”

Decades before obvious symptoms of Alzheimer’s disease begin to surface, changes in the brain had already taken place.

Accumulation of amyloid β proteins (plaques) in  the brain of an Alzheimer’s patient began as early as 20 years prior to the onset of symptoms. This means that if a person is diagnosed with Alzheimer’s disease at 65, the changes in the brain have already started 20 years ago (when he was 45).

Reisa Sperling – Importance of Early Detection
A talk by Reisa Sperling, a clinical neurologist, about changes beginning in the brain 20 years before appearance of Alzheimer’s symptoms and she proposed pre-clinical / pre-symptomatic research before Alzheimer’s becomes too late to treat. 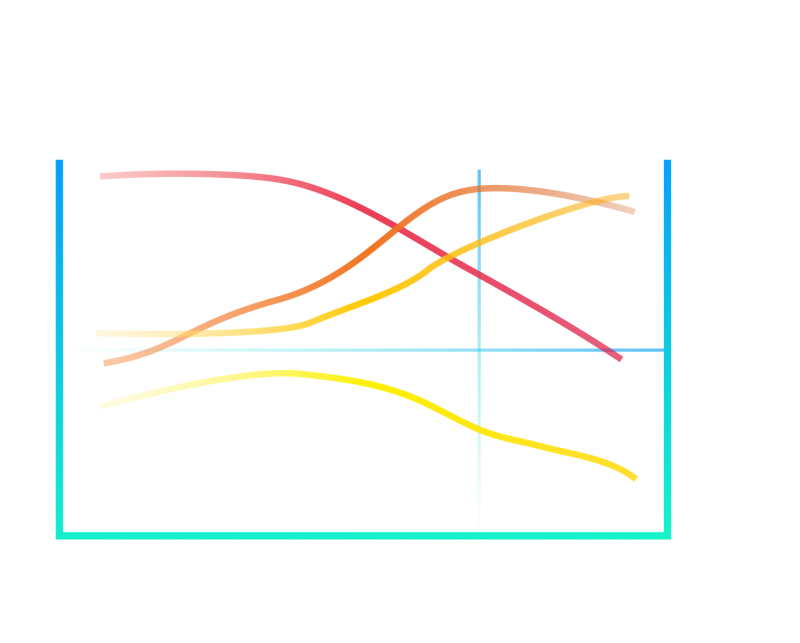 Our gut health has an enormous influence on our brain health. The quality, quantity, and composition of hundred trillion bacteria in our gut are intimately involved in our brain at several levels. The gut bacteria:

Maintain the integrity of the lining of our gut. Leaked gut increases inflammation, which is a foundation of brain disorders, such as Alzheimer’s disease, Parkinson disease, and autism.

Thus, we should nourish our gut microbiome, and this microbiome will then nourish our brain. If you have a compromised gut health, we encourage you to take Biogenics16 as a good complement to Scallop-derived PLASMALOGEN. Biogenics16 is a high performance Lactic Acid Bacteria Fermented Extract that assists our body in maintaining a healthy gut microbiome. It proliferates the number of good bacteria while inhibiting the growth of bad bacteria, as well as converting opportunistic bacteria (neutral bacteria) into beneficial ones. Multiplying own unique and resident good bacteria is a favourable way to develop healthy gut. External bacteria (for example, probiotics) are often recognized as “foreign” bacteria by our body and body natural defences will always attack and destroy them, reducing their efficacy.

To find out more about Biogenics16, please click here. 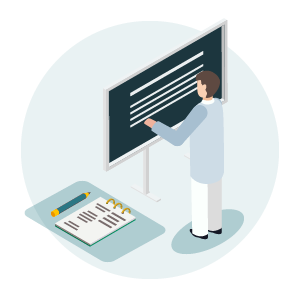 For an affirmative diagnosis of Alzheimer’s disease, a series of thorough assessments are required to eliminate  the possibilities of all other diseases. 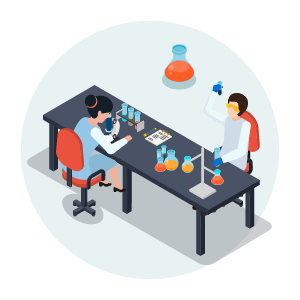 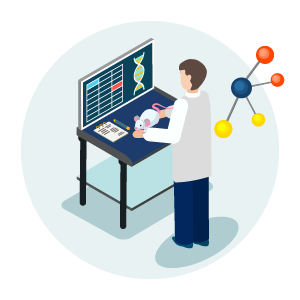 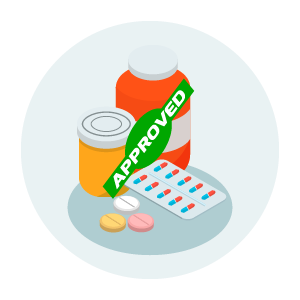 Development of Research in Plasmalogens 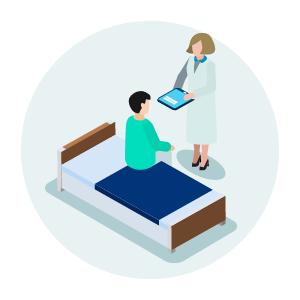 Plasmalogen levels affect the symptoms experienced by the patients 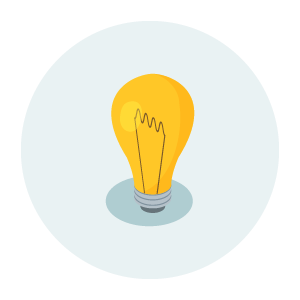